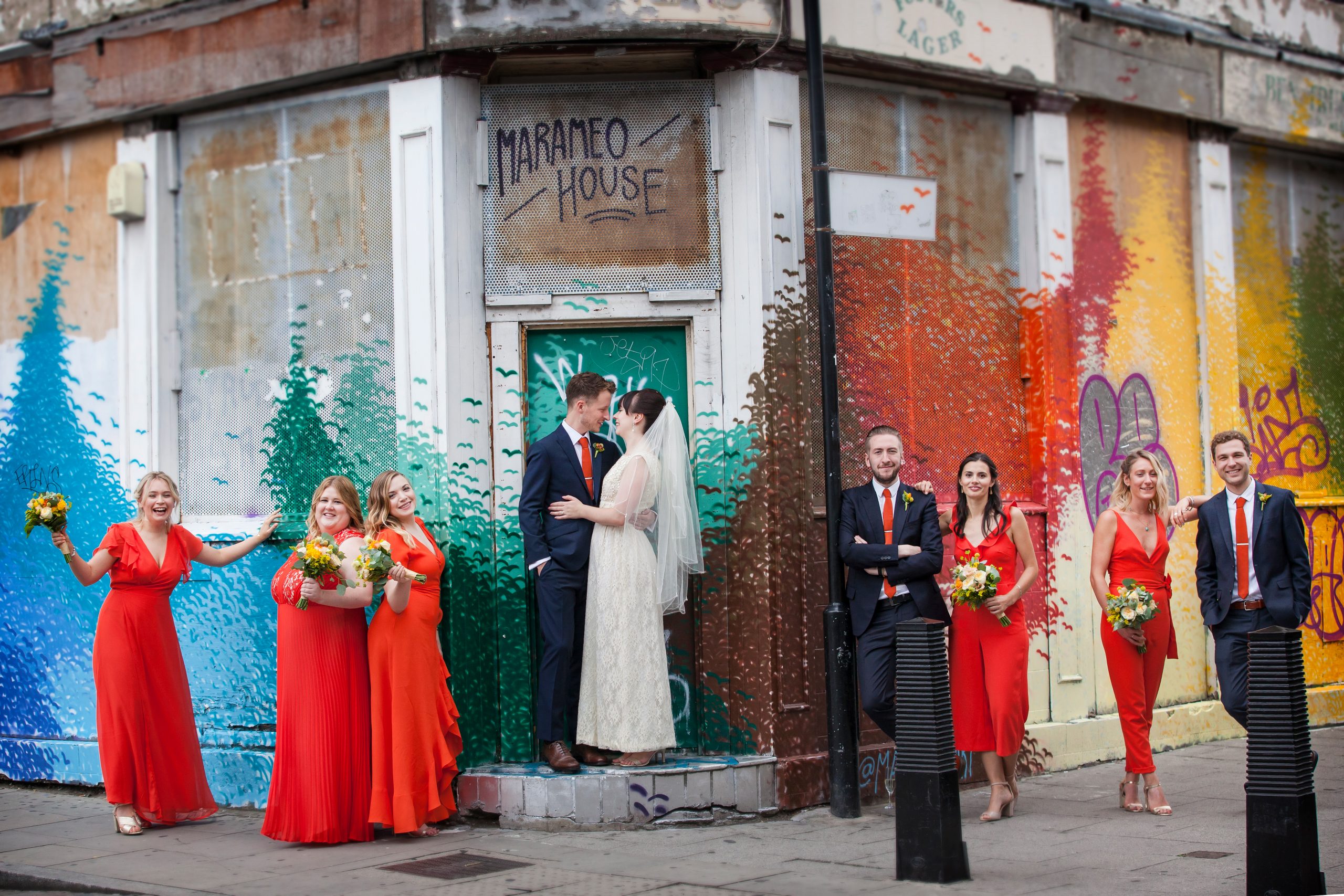 P&J had a spectacular, colourful and bright London wedding

It was the middle of British Summertime, I had been to meet with them just a couple of weeks before at a busy coffee shop in the city. J was busy with work and only managed to pop in for a few minutes (and a super fast 5 minute pre-wedding shoot!) before she had to dash back off and left P and I chatting through the wedding details and finalising plans.

The stereotype of a wedding tends to be a country manor, or perhaps a big marquee in colourful gardens. With so many people already living in our metropolitan areas, they already have the soundtrack to their lives as the humdrum city sounds and many of them choose to get married amongst the hubbub instead of running of to something rural and quintessential. I have another article based on City Weddings in general that is worth a read if you are considering having one.

How it all began
I met these two via real life connections, which is always a lovely way to meet a new couple. We had spoken over email and a video call before we eventually met just a few weeks before their wedding to go through things in greater detail. The couple lived not too far away from the area and knew it well, they loved the urban character and the many streets that contain fantastic works of graffiti and street art.

The reception venue was discovered by J when she had encountered it through her work, not an immediately obvious choice on first look, but these two knew how to make it look and feel perfect for them and their wedding guests. The bride and groom both decided that images of them getting ready were not important to them and so I instead arrived around an hour before the ceremony was due to start. This allowed me to join the guests at their meeting place (the pub!) and capture the initial greetings and the journey to Hackney Town Hall just a few minutes walk away, I was amazed that there were so many great venue options around the area.

The Bride
J, the beautiful bride, ensured that her own stunning, elegant wedding gown would work well with the aesthetic of the town hall itself, her bridesmaids all wore the same colour, but in five different styles, she let them choose the styles that they would each feel the most comfortable in, a brilliant way to approach this in my opinion. The outfits were a rather bright orange, which we could used to both contrast against the more traditional buildings and to effect the composition when using the available street art.

Town Halls and Registry offices are often overlooked by couples as places they can legally marry. The advantage of getting married in an already established government municipal building is that you don’t need to pay any excess fees for the registrars travelling to your private venue. They are usually on great transport routes and tend to be easy to find. That is certainly the case for Hackney Town Hall which was built in 1937 in impressive Art Deco styling. The art deco styling continues throughout the building, with the ceremony room itself having impressive wood panelling and a decent amount of natural light (a photographers favourite for ceremonies, as we are usually unable to use flash during the ceremony).

The stairs leading to the town hall are an impressive feature and were a great place to get the large and family group shots completed, with just a few wedding party shots planned for later at the reception. Unless time constraints dictate otherwise, we always try to leave some time for the hugs and congratulations your guests are so keen to bestow upon you! Great chance to get lots of lovely happy natural guest shots too. We got the group shots done pretty quickly, before getting a few sneaky ones of J&P before everyone boarded the bus and burst into general excited chatter as we headed to the venue.

Two Minutes with the couple
P&J were keen to get on with their celebrations and we had perhaps two minutes whilst the guests found their seats to utilise the beautiful building at Hackney. From our earlier pre-wedding meeting, I already knew that they wanted some special couple portraits, but that they wanted them to have a more relaxed and natural feel to them.

On the buses- Another cheeky advantage of a London Wedding

Well, actually, I cannot imagine that you might just give your guests the name of the route and point them at the bus stop! Double decker buses can be a great kind of alternative transport and it is particularly suitable (and quite fitting) for a London Wedding. After the I-do’s the couple left onto the grand steps at the front of the building and found their guests already there and all ready to cover them in confetti! A selection of the atmosphere and activity between the ceremony and the venue, it is always worth me jumping on the bus if there is one, I can capture lovely little moments that it would be a shame to miss out on!

J’s work had introduced her to the stylish and flexible space at Hoxton Arches in East London. Its a dry hire on the edge of fashionable Shoreditch with trains travelling overhead throughout the event. Considering its busy location, it offers a great amount of outdoor space and is surrounded by colourful and characterful streets. As the venue was dry-hire P&J opted to work with an outdoor caterer and provided plenty of drinks for a self-serve bar.

All the bright colours
With the bridesmaids outfits, the guys ties and the plethora of bright street art all around us we ventured back out! Everyone was so relaxed by this point, that we all had such a great time shooting. I seem to remember that I did attempt a ‘moody’ shot with them all, but we had to enjoyably abandon it when it became clear we were never going to achieve stern expressions, so we carried on with ‘silly’ instead.

The meal, the cake, the speeches

The outside caterers were fantastic and produced amazing dishes for the reception. The tables were set up as long trestles throughout the venue. I really love it when tables are set up this way, the close proximity and inevitable issues with elbow room creates such a relaxed atmosphere and so full of chatter. They cut the cake before the end of the meal (as the cake was also served as dessert) and then moved on to fabulous speeches, including one done by the bridesmaids for J.

As well as some brilliant graffiti that we had spotted earlier, I also wanted to use the ‘street furniture’ easily found all around their venue to try and capture the ambience and utilise this in some special pictures of the two of them. We didn’t have to go far to find some great options and used the last of the fading light before heading back inside to dance.

Dance the night away 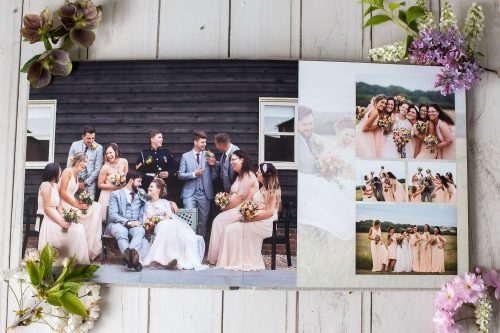